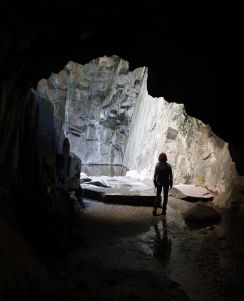 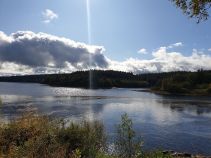 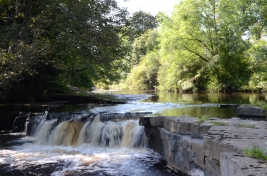 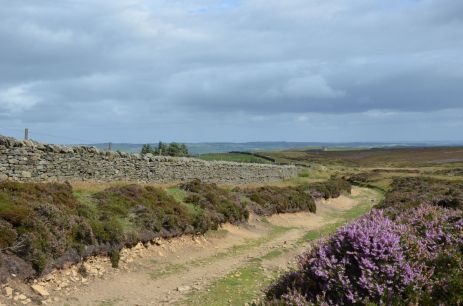 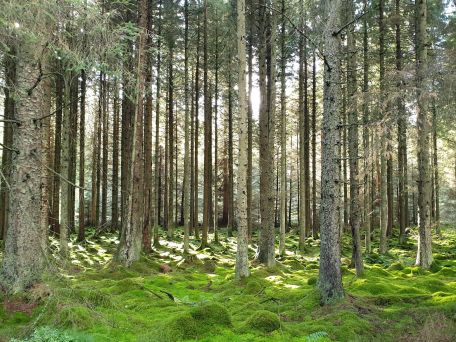 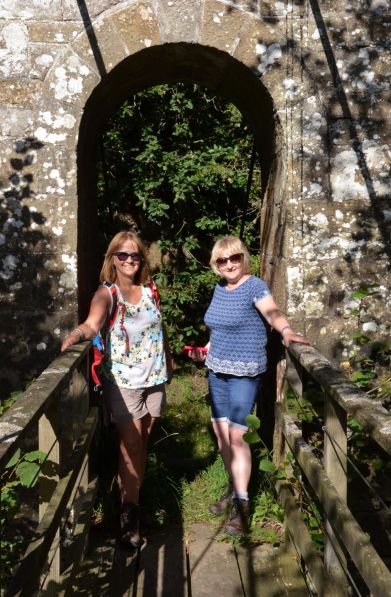 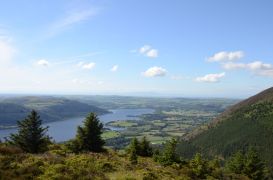 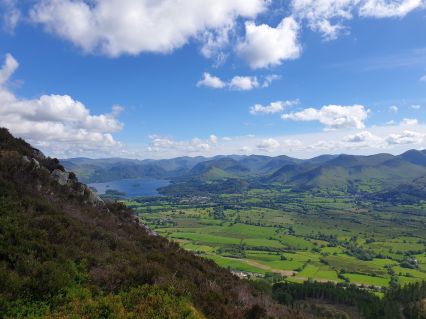 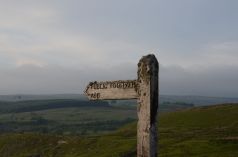 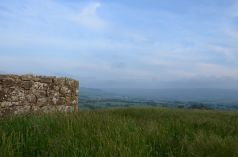 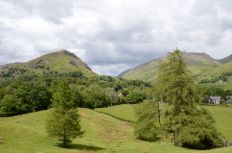 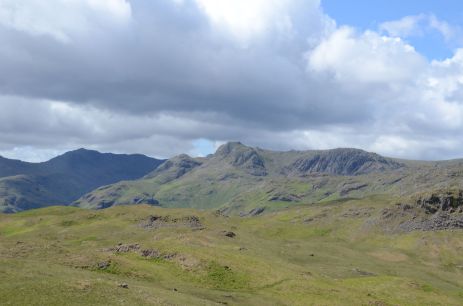 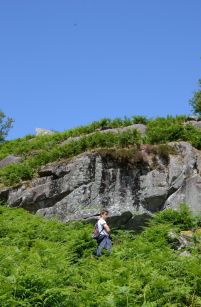 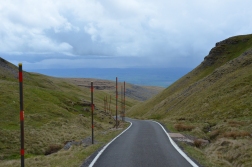 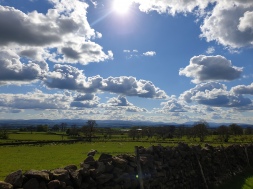 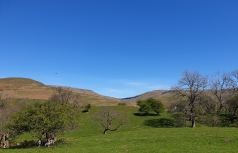 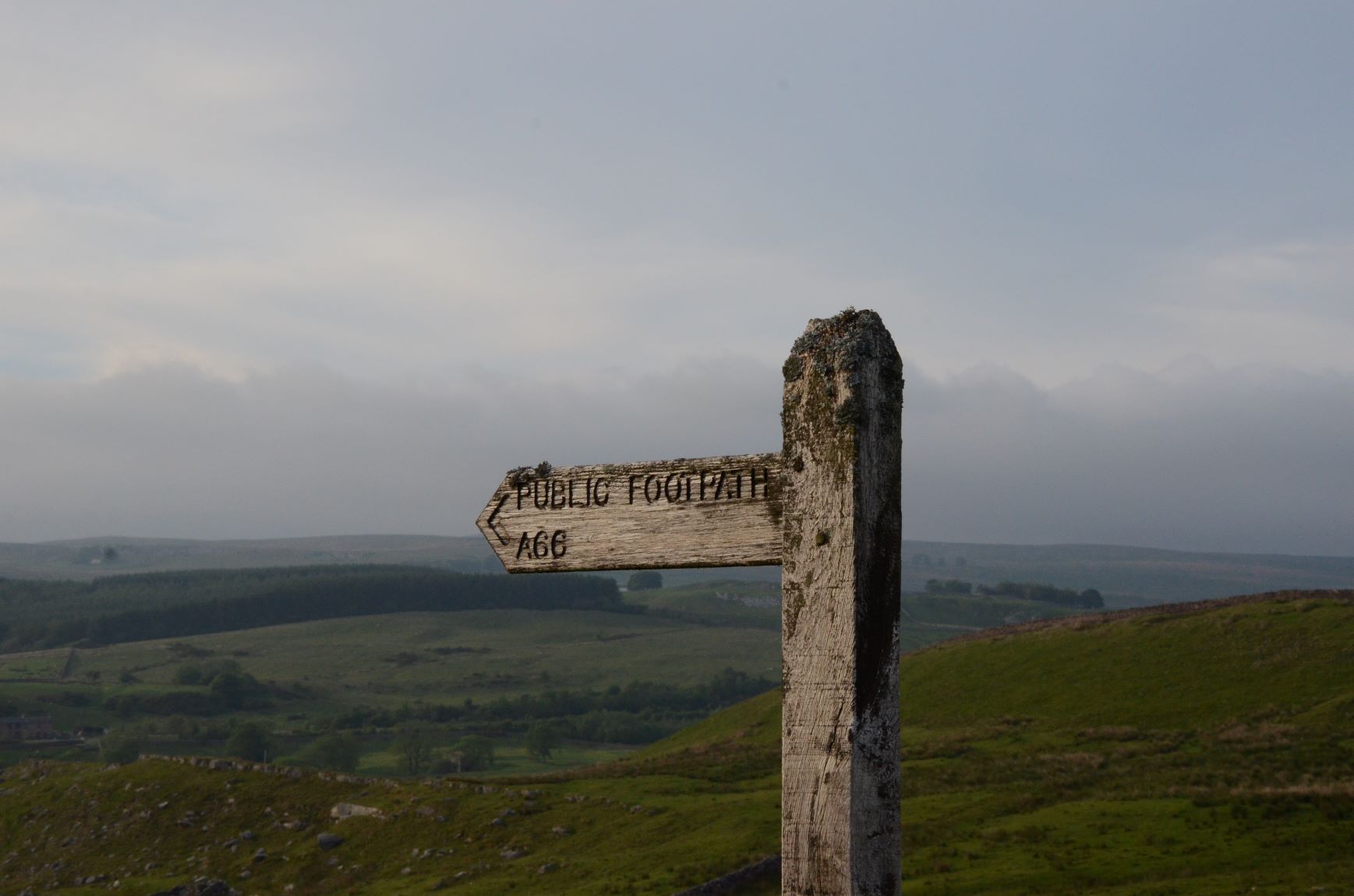 “This isn’t a conversation I would expect ladies of your age to be having.”

The words floated neatly over our heads and dropped silently onto the newspaper we were absorbed by. The colour supplement of the local paper was full of images from Holm Show and Shirley was rather taken with the prize winning blue faced Leicester ram. Coffee cups and empty plates swept to one side on the café table, animated discussion about the current fashion of breeding out the tell-tale grey-blue of the Leicester’s face filled the space. Momentarily silenced, we lifted our heads in the direction of a male voice.

Bridling a little, I turned around to face a silver haired chap in red cycling Lycra sitting at the table next to us.

“What would you expect us to be discussing then?” I retorted. Four other pairs of eyes drilled into him.

“Well, sharing pictures of your grandchildren mainly,” he replied, completely oblivious to the group’s expression. Lycra Man was being serious, as was I when I immediately began to reconsider the character of cyclists. This one anyway.

His words were picked up by five bemused women and lightly but firmly repackaged into ‘return to sender’ comments that left him reconsidering ladies of a certain age, and his americano, very closely as we swept out to the car.

Our destination was the next part of the North Tyne Trail and we started the route at Matthew’s Linn car park on the south shore of Kielder reservoir. It was another gloriously sunny day but with an autumnal chill that kept the fleeces on.

This section is 8 miles and stays on shared tracks and roads through the forest, sandwiched between the reservoir on the left and a C road on the right which links the villages along the valley to Kielder and over to the A7. There isn’t the expected traffic noise though, mainly down to there not being much and the influence of the forest. A few bikers made the most of the sweeping curves along the shore but their whines were curiously distant, muffled by the trees that line the route.

Coniferous planting can be dense and therefore a dark place to wander. The ground beneath is invariably dry and arid, constantly overlaid with a carpet of copper needles, and it is intriguingly silent. The forest is immovable, even to the wind; branches interlocked in permanent embrace, refusing to speak. It makes for lifeless and uneasy company.

The Kielder trees are a refreshing surprise. Their serried ranks have been planted and thinned to give each tree a little more space.  Dappled sunlight kisses the ground between, resurrecting glowing emerald and lime carpets of moss sumptuously fit for Titania’s bower. Tiny red toadstools spring up in village colonies, golden lichen decorating their gardens, micro jewels in a verdant paradise below skyward soaring trees.

Sitka and Norway spruce, lodgepole and Scots pine, larch and Douglas fir sit alongside their deciduous birch, oak, rowan, beech and willow cousins. Each conifer has its particular characteristic. Some rise heavenward on naked trunks topped with a cocktail umbrella of branches swaying gently in the breeze. Others, needle-rich limbs reaching out and up from the ground, shimmer silver green in the morning light. Christmas trees in waiting advertise their wares, cones dripping reflected light from welcoming branches. Whispering their greeting, trooping their colour, we are saluted and waved along our way, battalions of life savers giving us breath.

Group walking brings a new dynamic to these paths. Wide trails foster conversation, narrow ones encourage reflection and a focus on feet. Add in stiles and gates and you have a country dance held in a green velvet ballroom under a sky vaulted ceiling. The walls whisper and rustle in the breeze, a constant percussion to the flute melody of Dolby Surround Sound bird song. Boots pad along in time, their wearers promenading in pairs, voices rising and falling in discussion. A gate generates change and new partnerships form, revisiting old topics or addressing the new. There are Last of the Summer Wine pauses where internal and external question marks and full stops punctuate the journey. A bridge calling us to its view or unexpected news bring our feet to a halt and we ponder together the meaning of life, our place on the planet and the influence, or otherwise, of red Lycra clad cyclists.

The final section of the route passes Tower Knowe Visitor Centre and the Kielder Sailing Club. The Wafflemeister cafe sits on a rise and has thereby capitalised on the view over the water with picture windows and a raised outdoor deck for alfresco cake and waffle consumption. The sailing club had a race in progress so I left my peppermint tea to brew and headed off to a spot on the shore near a course marker buoy to watch.

Two fishermen sat on the stony beach below my spot at the edge of the car park. They were wrapped up, hands rammed deep in pockets, against the northerly wind sweeping onto the shore. There wasn’t much sign of fishing success and, with a rod hanging inanimately over the waterline, their attention was taken with the sailing activity at the mark, around 400 yards from us.

It had been placed in the southern corner of the race triangle at the end of the running leg. I had arrived at the point where the fleet of Lasers and Ospreys had left the northernmost mark and were heading slowly south on a run where the wind lies directly behind each boat and all sails are let out to catch the breeze.

The ospreys had bright spinnakers up too to capture the brisk northerly and I was faced with a multi-coloured array of different sized vessels gliding as swans towards me. This southern mark offered the possibility of entertainment as all boats would need to gybe around it. A gybe involves turning the back of the dinghy through the wind and is an unsettling sailing prospect due to the problem this creates with the mainsail boom. Skipper and crew never quite know exactly when the wind will get behind the sail and slap the boom across the boat as she is turned in the new direction. Get it right and it’s a very satisfying manoeuvre with no head injuries and crew moving seamlessly across to balance the boat. Get it wrong and swimming with a headache alongside a capsized dinghy can result.

So, as the front runners of the swan flotilla approached the mark, the mood changed. Each boat needed to get as close around the buoy as possible without losing time, or their heads, and the air resounded with the melody of turning dinghies in a rush. Loosened spinnakers cracked and whipped, dropping onto decks. Feet and bodies rapped against hulls as flying booms thudded their way across 135 degrees of boat and skipper and crew called to sheet in. The sedate pace hustled into a maelstrom of spins as every vessel sought first position around the mark. And then, just as quickly, gybes completed, the fleet returned to the calming corporate cruise of a broad reach toward the eastern mark. Absorbed to the extent that brewing tea was forgotten, I stayed at my post for the next circuit, to take in again the sudden adrenalin fuelled activity before me; nostalgic memories stirred of brief race sailing sojourns and the joy of flying so close to the waves.

Lime and courgette cake brought me gently back to earth and the final mile to our taxi at Kielder dam. This artificial lake fills the space once used by farms and a school, with the construction of the dam taking six years and another two to fill it. The reservoir provides compensation water for the Tyne, Tees and Wear and has a substantial input from underground springs which means levels are maintained even in drought years. It contains our biggest hydroelectric plant, generating 20 000 Mwh electricity a year, and the area attracts 250 000 visitors annually.

We sat in Freya’s cabin earlier that day with our lunch. The architects had designed the beautiful hut to remind visitors of the local legend of Freya and Robin and how engaging with a place through play helps with exploring the narrative of spaces. For a manmade environment, Kielder’s narrative is that of the natural world being held aloft and celebrated. We are invited in to enjoy and engage with this space through the seasons and, as a result, I have found my two walking days here to be life affirming beyond measure.